Home Static, Dynamic and Conditional Forms – Do you know the difference? 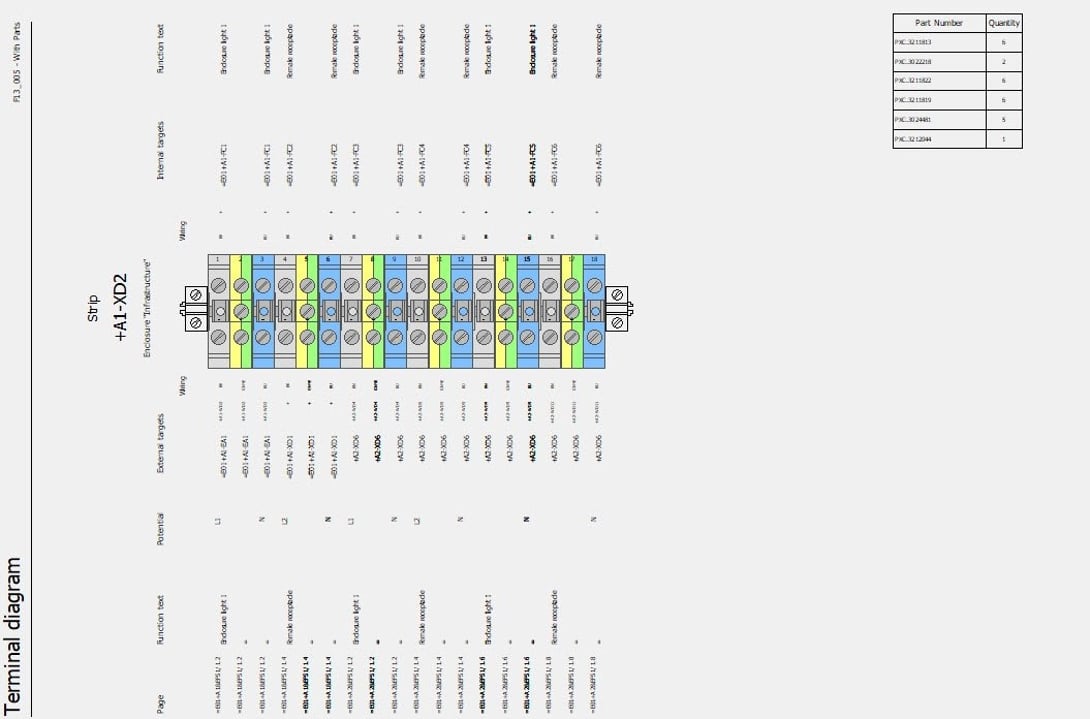 Static, Dynamic and Conditional Forms – Do you know the difference?

There are two types of forms within the EPLAN software which can be distinguished by the 'Form Handling' form property: static forms and dynamic forms. In this blog we discuss the difference between the two forms and the benefits of using the forms not only for yourself, but also for the client and shop floor.

Static forms show reported data such as terminal diagrams or wiring diagrams individually on separate pages. The data is presented in a table with a constant row height, meaning that all graphics are the same on every report. Even if there is no data entry, all rows will still appear. For example, if a terminal rail only needs 10 terminals, the static form will show 10 entries, leaving the rest of the form unused. 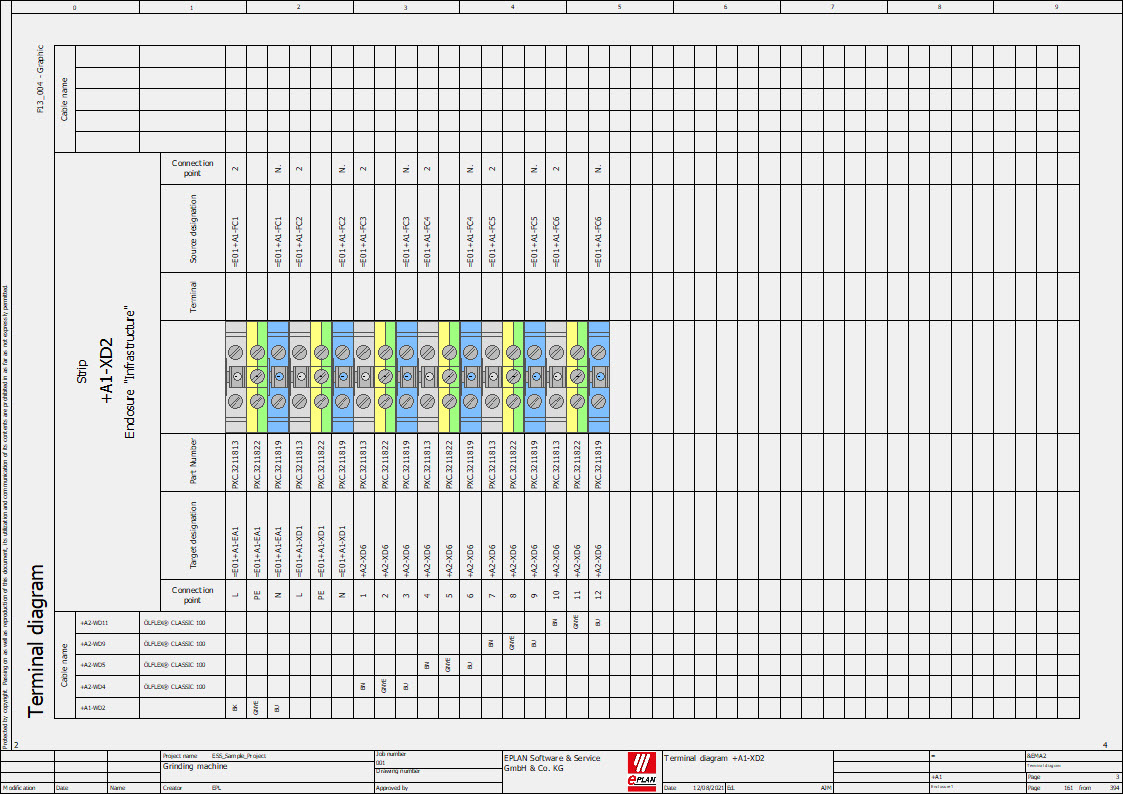 A terminal diagram as a static form report.

In comparison to static forms, it is possible to insert so-called ‘dynamic areas’ into dynamic forms so that they can be adapted to suit the needs of the individual using them. The row height can be varied by activating the 'Adapt row height dynamically' form property, meaning that the more information inputted, the bigger the form. 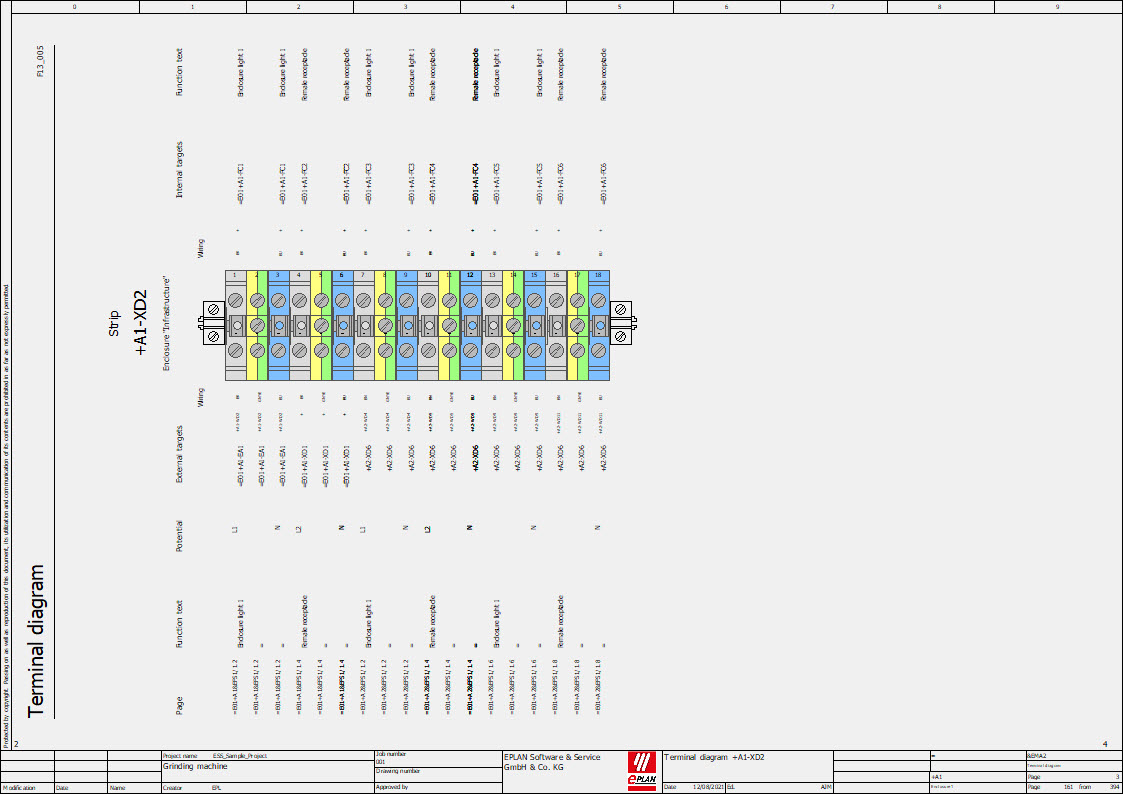 The same terminal diagram in a dynamic form report.

We are all too aware of how large projects and project documentation can become. Dynamic forms can be useful to condense projects by maximising on the number of pages used within a project. This is because in comparison to static forms, it is possible to combine reports of several functions on one report page. For example all the connections. The image below shows the terminal diagram and the number of parts on one page. 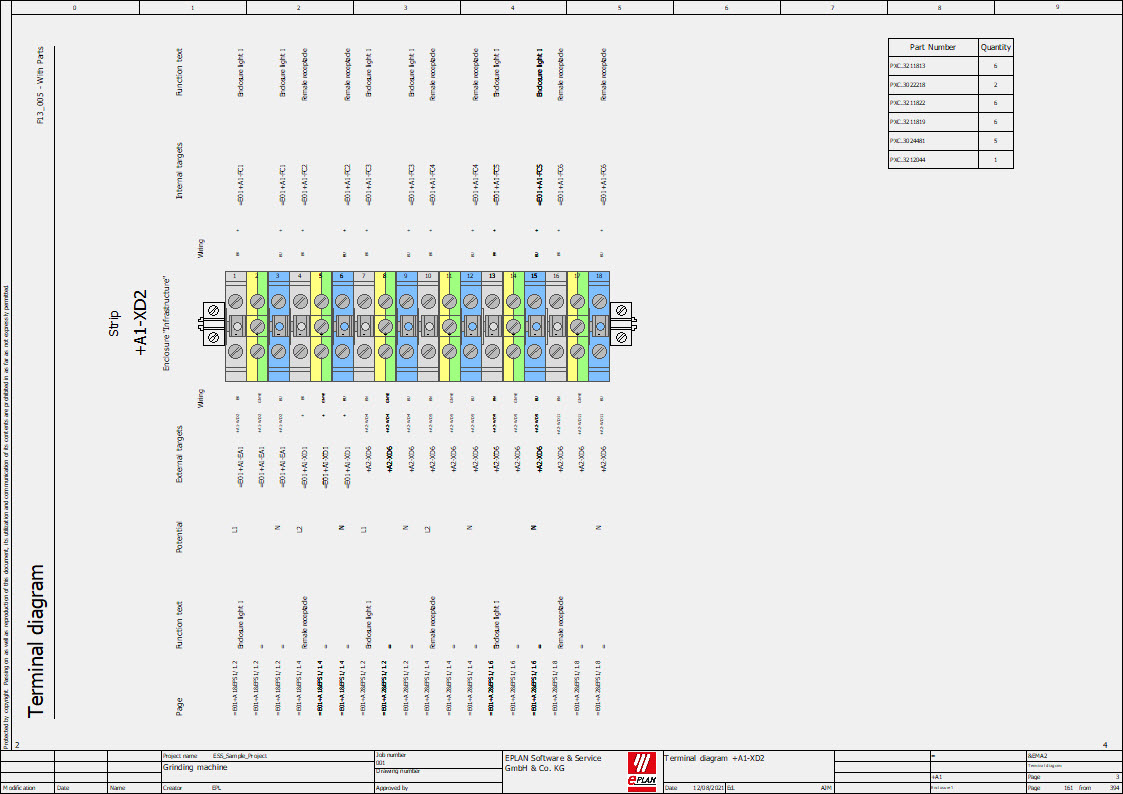 Utilising the page space by adding the number of parts to the terminal diagram using dynamic forms.

As part of dynamic forms, it’s possible to activate something within the forms to make it simpler to locate specific information or make forms easier to read. The EPLAN software gives you the opportunity to define ‘subforms’, which can be attached to conditions. For example, if you wanted to identify parts that are safety-related, the conditions could be ‘if the parts is equal to XYZ, highlight the row in a yellow colour’. This would then produce a so-called ‘main form’ and ‘conditional form’ of the same type.

It is possible to create conditional forms for all function-specific reports, by where a function filter can be defined. However, there is the exception of connection point diagrams such as device-connection, cable-connection and terminal-connection diagrams, to name a few.

Depending on the required information, each form type has its own benefits to individual stakeholders within a project. For example, the shop floor or commissioning may need a more detailed terminal diagram than the client. In most cases, individuals may require a combination of the various form types. The preferred form types for the documentation can easily be set up using project filters.

What's more, research shows that EPLAN users only generate the reports at a set point to finish the project and then give manufacturing a document set. But what if project filters were used at set phases in a project's lifecycle so that reports can be produced when they are actually required. For example, a bill of materials list can be generated earlier on in the process so that the parts that have a long delivery time can be ordered in advance.

An example of five phases in the project's lifecycle where reports could be generated.

For more information on using forms, plus short demos in the EPLAN software, check out the full 25 minute webcast from our popular ‘EPLAN Coffee Breaks’.

Andrew Mutch Having previously worked as an aircraft technician with HM Forces, Andy is one of our Professional Services Consultants and has been with EPLAN for 10 years. Part of Andy's role is to actively analyse customers processes, develop solution concepts and workflows for customer requirements. Andy is also our resident Harness expert! Mutch.a@eplan.co.uk Andrew Mutch auf LinkedIn 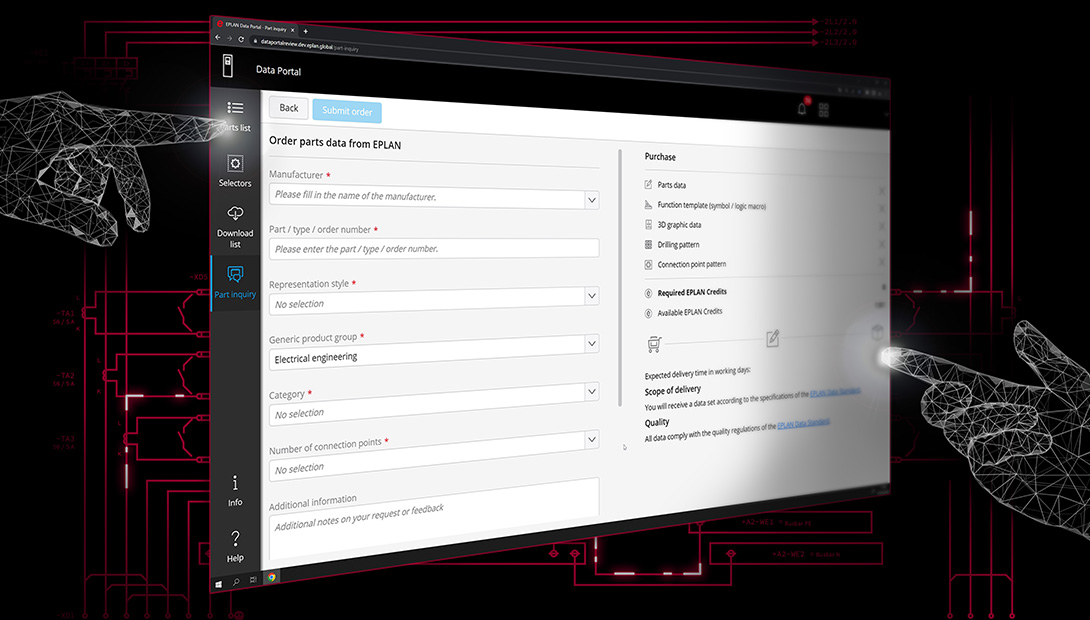 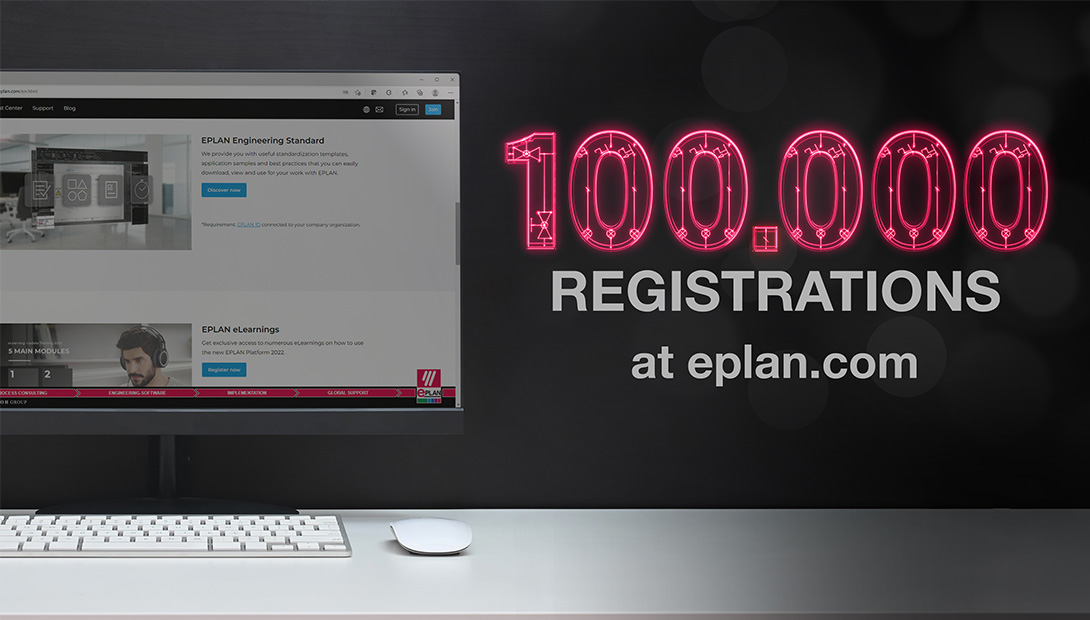 Software and services from a single source: 100,000 registrations on eplan.com 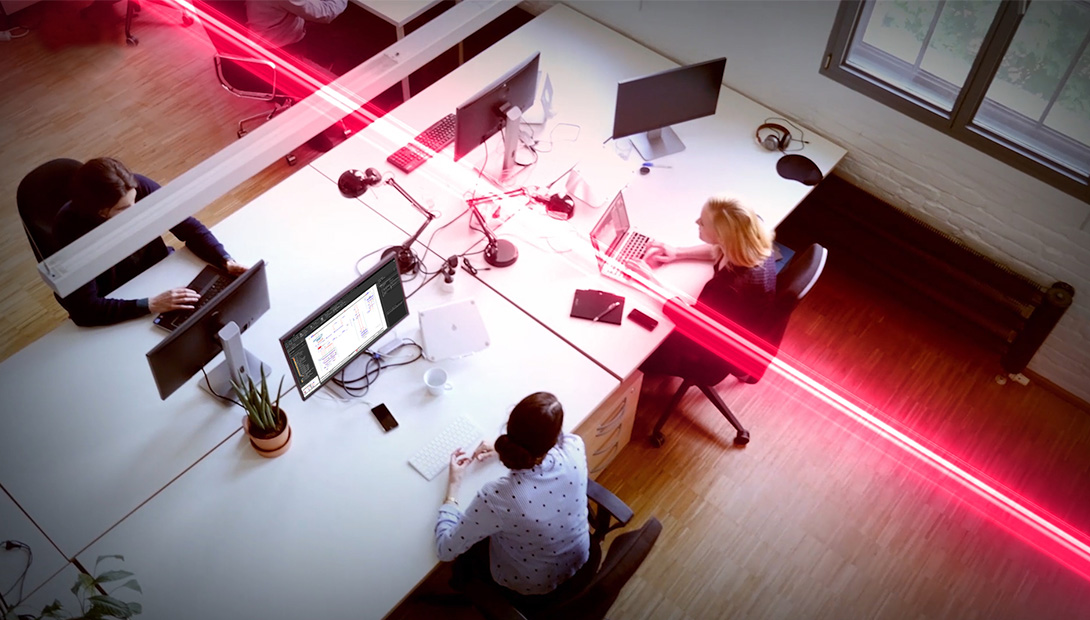 Guided installation: Get started faster with the EPLAN platform 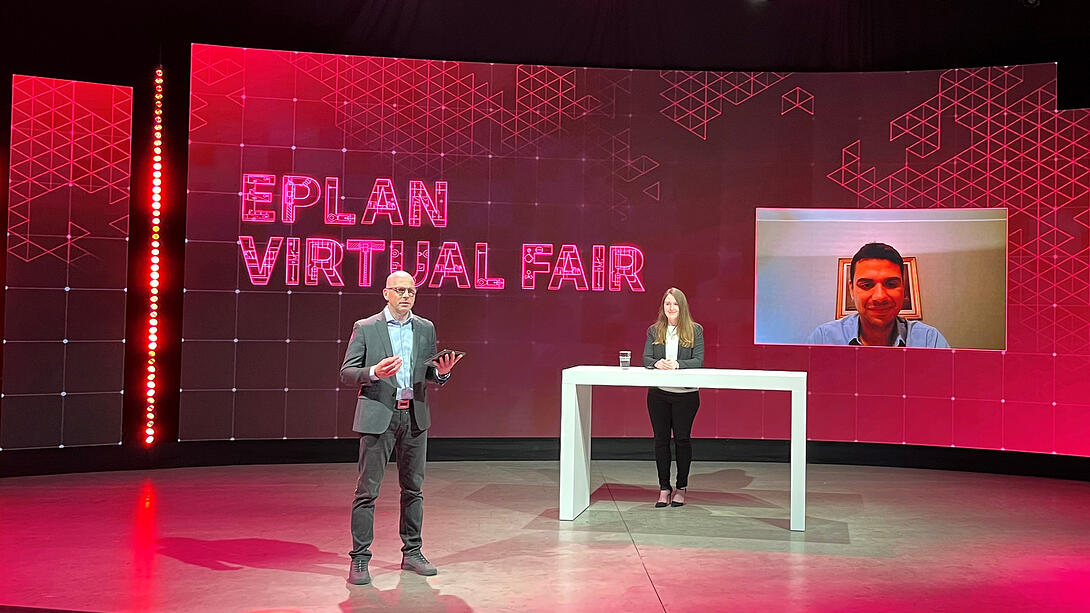 From augmented reality to cabling: networked engineering in practice